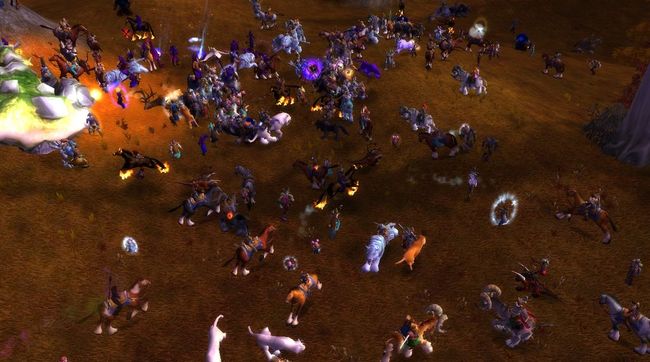 Blizzard appeared firm in its decision to force the closure of the vanilla WoW server Nostalrius earlier this week, saying that the necessities of copyright law left it no choice in the matter. But it did allow for a little crack of light to seep through when it added, “We’ve recently been in contact with some of the folks who operated Nostalrius. They obviously care deeply about the game, and we look forward to more conversations with them in the coming weeks.”

And it apparently wasn't kidding, as both the Nostalrius team and former WoW team lead Mark Kern, who launched a petition to keep Nostalrius alive that ultimately drew more than 200,000 signatures, say that Blizzard has agreed to meet with them.

“I'm pleased to tell you that Mike has replied, and we are meeting in the next couple weeks when our schedules align,” Kern tweeted separately.

Agreeing to meet is a long way from agreeing to keep the Nostalrius lights on, and the meet-up at Castle Blizzard might be nothing more than a gesture of good will—no hard feelings and all that. But it could also be a sign that Blizzard is willing to compromise, through a manageable license agreement, its own in-house vanilla server, or something else entirely. The bottom line is that the wheels are turning, and vanilla WoW fans have more to hope for than they did yesterday.

The Legend of Zelda: Twilight...