This perfectly competent open-world game gets a heck of a lot more interesting when it throws an endless host of savage, dynamic AI enemies into the mix.

Middle-earth: Shadow of Mordor is the most fun I've had with an open-world game in a very long time. It starts with strong if familiar gameplay fundamentals, the climbing and exploration of Assassin's Creed and the large-scale, counter-based melee combat of Arkham Asylum most prominent among them. Then it adds on a strikingly deep dynamic AI system that populates the game world with an ever-changing cast of tough, distinctive enemies for you to tangle with over and over. Whatever your feelings on J. R. R. Tolkien and the Middle-earth milieu, it's hard to imagine any fan of open-world action having anything less than a great time with this game.

Shadow of Mordor refers to that AI framework as the nemesis system, and it's not like anything I've seen in this genre before. It creates a command hierarchy of orc war chiefs, and several layers of captains underneath them, who dynamically move around the game world, undertaking their own missions to gain in power--unless you put them down first. Each captain has a long list of strengths and weaknesses that come into play when you fight them, forcing you to change up your tactics practically every time you face a new adversary. The enemies' movements feel truly random, since you never know when you'll run into one of them--or several--in the course of doing other missions or simply running around performing combat challenges and looking for collectibles. The game is given to providing you a lot of unexpected "holy crap" moments--it only took me an hour or so before I stumbled into my first run-in with four or five different captains at once, which forced me to turn tail and get the hell out of there.

As the game goes on, you get more and more ways to subvert the chain of command, or make it work for you, by dominating specific captains and sending them after other targets, or issuing death threats that dramatically increases the power of a specific captain but makes the potential rewards he drops on death that much better. Even when a specific captain isn't on a mission of his own, you can still target him and travel to the region of the map where he's hanging out in order to murder him on your own time. This becomes crucial later in the game when you're attempting to take down the strongest war chiefs, who have numerous bodyguards with them everywhere they go. Playing captains against other captains, capitalizing on the unique weaknesses of an otherwise resilient foe, turning a dominated bodyguard against his master at the right moment; Mordor begins to feel a little like a strategy game when you really dig into it. It's a hell of a lot of fun.

It's one thing that the nemesis system works as advertised on a technical level, but Monolith went the extra mile and gave the orc captains such a great dramatic flourish that it's hard not to get worked up the second they come on the scene. There's a staggering amount of variety in the names, character designs, and personalities of the captains you run into. As soon as one of them spots you, the game zooms in and gives them a chance to show off how repugnant they are. Most of them spit some kind of brutal challenge at you in their guttural Cockney accents. One of my captains, Bugabug the Singer, issued all of his challenges in verse. Another guy said nothing, instead just squealing and clicking his teeth at me. The more you beat them up, the gnarlier and more injured they'll be the next time they show up, and they'll make specific references to their injuries. They make specific references to all of your interactions with them, actually; there's a enormous amount of dialogue tailored to your previous encounters that really gives the game world life and makes the whole thing more believable. A lot of what these guys have to say is really dark and twisted, too. Just ugly, fun stuff.

Underneath the nemesis system, the combat in Shadow of Mordor is plenty fun to engage with. Climbing around ruins, sprinting across open plains, sneaking around and killing stealthily, fighting two dozen orcs in open combat; it's all a breeze to play. It's pure power fantasy in the most brutal terms. The game mechanics are also bursting with ways to distract or subvert enemies by attracting vicious animals (which you can ride) to savage them, dropping the equivalent of bees' nests on them, setting off huge explosions, poisoning their grog to make them go nuts, and more. Combine all these different combat options with the dynamic nemesis AI and the fact that scores of orcs will show up to the biggest battles, and the result is a specific kind of chaotic, emergent nonsense that's exactly what you want out of combat in an open-world game.

Shadow of Mordor's rooting in the fiction that birthed The Lord of the Rings will probably be a take-it-or-leave-it sort of thing if you've only seen the Peter Jackson films. I found the storyline's repeated appeals to that audience really obvious and forced (Hey, Gollum's here for no particular reason! Oh, Saruman is controlling another monarch? You don't say.) But the game does display some reverence for the greater fiction, which manifests on the periphery in a lot of one-off incidental dialogue, descriptions of artifacts you can find, and cinematic depictions of some of Arda's formative events. You'll need to have made it at least as far as the novels' appendices and be familiar with the more prominent parts of The Silmarillion to pick up on or care about any of this. Some of these references are lovingly handled, but then some of the Second Age events that were contrived for this game take fairly ludicrous dramatic liberties that the most diehard purists will probably roll their eyes at. Professor Tolkien has probably done quite a few rotations in his grave at both those and the amount of over-the-top ultraviolence in the combat, but on the whole, you could come up with a far worse affront to the sacrosanct original work than what's in this game.

This is a really nice-looking game, with a tremendous amount of side content to keep you busy for at least 15 or 20 hours. The mechanics of the story missions are adequate but not incredibly exciting, though the designers rightfully saw fit to weave the nemesis system into the story objectives frequently enough. Most of the side activities come in the form of basic but satisfying combat challenges and slave-freeing endeavors, and they all contribute to an enormous upgrade system that expands your combat options. There's even a rudimentary loot system, as the captains drop randomized runes you can equip on your weapons to customize your combat powers a bit. Given that the nemesis system provides a nearly endless cycle of side content, it would be difficult to come away unsatisfied at the end of the game with the amount of gameplay in here.

Shadow of Mordor is going to give other developers in this genre a lot to think about. This would be a perfectly competent open-world game even without the dynamic AI, but that one system works so well that it makes you feel like you're having a tailored game experience that's unique to you and your actions. That's a powerful feeling, and I hope it's one similar games make the same effort to replicate in the future. 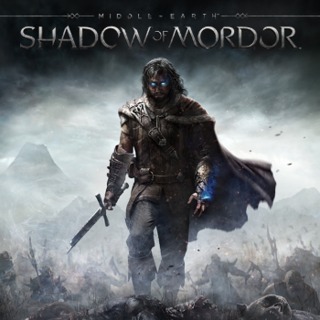 An open-world action-adventure game by Monolith, set between the events of The Hobbit and The Lord of the Rings.