This oddball shooter sequel piles on more of everything from the first game, which is exactly what that game needed. 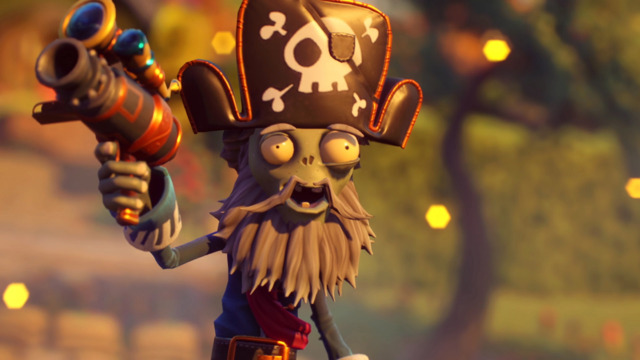 Plants vs. Zombies: Garden Warfare 2 is no more and no less than a vastly expanded version of its predecessor, and that's fine. As a sort-of-budget-priced, bare-bones game wrapped around a goofy shooter that was better than it had any right to be, the first Garden Warfare deserved a little more attention around the edges, and that's exactly what this sequel brings. More playable classes, maps, modes, unlocks, and plenty of other features combine in a followup that befits the surprising quality of Garden Warfare's core multiplayer action and reasonably justifies its full retail price.

The most immediately noticeable upgrade in this sequel is a full 3D hub area that replaces the sparse menus in the original game. This "Backyard Battleground" is a single map that houses faction bases for both the plants and zombies, each of which contains roughly a zillion little kiosks you walk up to and use to access everything from matchmaking to stats to character customization. This initially struck me as a needlessly busy way to obfuscate the game's basic functionality, but once you get out into the gigantic neutral territory between the two bases, this hub map starts making sense. There's a neverending skirmish between the two sides that takes place in the big courtyard between the two bases--complete with a sort of defend-the-high-ground minigame you can start at any time--and there are a ton of little collectibles, treasure chests, side quests, and other doohickeys to discover in the neighborhood, sewers, and docks near that central courtyard. This hub map is a nice little diversion in between online matches, and if you spend enough time out there mixing it up, the game will start spawning in more and more powerful units from both factions, which also lets you quickly grind out experience points and complete the quests you should be picking up at every opportunity.

Quests! The game's new sort-of-daily quest lineup is a major component of GW2's sprawling progression system. Every 48 hours, you'll get a big set of new objectives to complete (kill X enemies of a certain type, play three matches of a specific competitive mode, and so on) that will increase an XP multiplier that makes your individual character classes level up at a surprisingly speedy pace. These quests also grant stars, which you can cash in on treasure chests and base decorations in the backyard hub, and a healthy amount of coins, which you spend on blind-box card packs similar to those in the first game. Yeah, the game still relies on single-use item cards out of those packs in most of its modes, similar to Halo 5's warzone mode. And unless you're buying the most expensive card pack, which grants you an entire (random) character, you'll only unlock new characters piece by piece without any control over which pieces you're getting when. But you earn coins from practically everything you do in the game, not just quests, and the rate you accrue coins in GW2 actually feels pretty generous, all things considered. You can buy a single new character subclass after 30 or 45 minutes of decent play, especially if you're accepting quests intelligently, so while the randomness of the unlocks is a little irksome, at least the pace is nice and quick. The nice thing about the way the quests are structured is that you almost always feel like you're making progress on character levels and items on multiple fronts at the same time.

One of the biggest new features in this sequel to a multiplayer-only game is... a big chunk of single-player content. I wouldn't go as far as to call it a proper campaign, though. Both plant and zombie factions have a lengthy, unique set of missions you play through by yourself, although these don't usually get especially elaborate and are mostly built out of modified versions of the existing multiplayer mechanics. A few of them offer a bit more custom design work and provide a few laughs in PvZ's cheesy but lovable style, though, and they all act as a good primer for some of the game's different cooperative modes (as well as a big source of coins early on). There's also a lot of excellent environmental art that goes along with these missions, and it's worth seeing some of the tremendous scenery the artists dreamed up as you play through that stuff. As long as you pick up some daily quests before you start doing the single-player missions, these are a decent way to spend some time between multiplayer sessions and crank through a whole lot of progression at the same time.

At its core, Garden Warfare 2 plays just as smoothly as its predecessor; there's just a lot more of it. All of the first game's playable classes and subclasses are back, along with three new ones on the plants side that differentiate themselves well from the old classes and expand your options for crowd control, area-of-effect damage, and so on. The zombies have an equally long roster and feel more fleshed out as an equivalent faction now, rather than just the side you play when you don't end up on the plant team. Each side now has a total of seven character classes, each of which has six to eight variant subclasses to unlock, so you end up with a lot of options that fit into different play styles. There's a fair amount of unrest in the game's community right now about the strength of the Rose character on the plant side (enough that the developer has gone out of its way to address the feedback directly), and while I can't say I was thrilled at the few times when I went up against a plant team that was 90 percent Roses, I also tend to think that once you have a community who cares enough to complain about balance issues, you've probably made a pretty good multiplayer game.

The game is fully stocked with different modes on the competitive side, and while they all hew close to established multiplayer-shooter tropes like territory control, bomb defusal, and so on, the huge mix of different classes and range of potential team compositions keeps the action feeling pretty fresh. On the cooperative "ops" side, you're still going through 10 rounds of wave-based survival against hordes of AI enemies. Occasional rounds will make use of some interesting mechanics that offer bonus objectives, and one of the AI-driven co-op missions in the plant campaign even features something akin to an MMO raid boss, where you're cursed by the boss and have to hunt down specific roving minions within 60 seconds or your whole team is wiped. (I keep hoping that one will show up in actual multiplayer, but it hasn't so far.) I wouldn't have minded a little more expansion on the co-op from the first game, maybe in the form of a wider range of static defenses than just the usual potted plants, but there are so many new characters to play and maps to play on that I'm OK with one more game built out of more of the same. It's worth pointing out you can also play ops by yourself with an AI team, which is fine on normal difficulty, but you wouldn't want to tackle that mode on a harder level by yourself. The AI never seems to be there with the heal beam when you need it.

Just like the first game, GW2 does an amazing job of translating Plants vs. Zombies' mobile-centric art style into 3D, and this sequel pours even more particle effects, reflections, and explosions into the mix. It occasionally verges on too visually busy--it can be easy to lose your target in a gigantic mess when there are a dozen characters blasting away in close proximity--but generally, even the most hectic battles take on a sort of gloriously chaotic feel when everything is firing at once. The game looks noticeably sharper on the PS4 than on the Xbox One, but the PS4 version's frame rate can get pretty bogged down in heavy action, so controller preference and friends lists are the biggest reason to pick a platform here. Both versions seem to have a thriving community thus far, with matchmaking times that haven't lasted more than a few seconds for any mode I've tried since launch.

With its less-than-full-price and short list of features, the first Garden Warfare felt like EA wasn't willing to risk much on the odd idea of turning a cutesy mobile free-to-play tower defense game into a console online shooter. It feels like a little piece of cosmic justice that while the Medal of Honor reboot failed to make any inroads with that audience, Garden Warfare somehow became a runaway success that warranted a full-priced, fully featured sequel. While a potential third Garden Warfare will need to do more than simply pile on additional plants and modes to justify itself, this quirky shooter's second installment ought to stay green for a good long while to come. 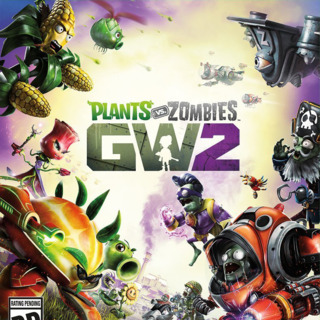 Building on the first game, Plants vs. Zombies: Garden Warfare 2 features a single-player campaign and plants going on the offensive.